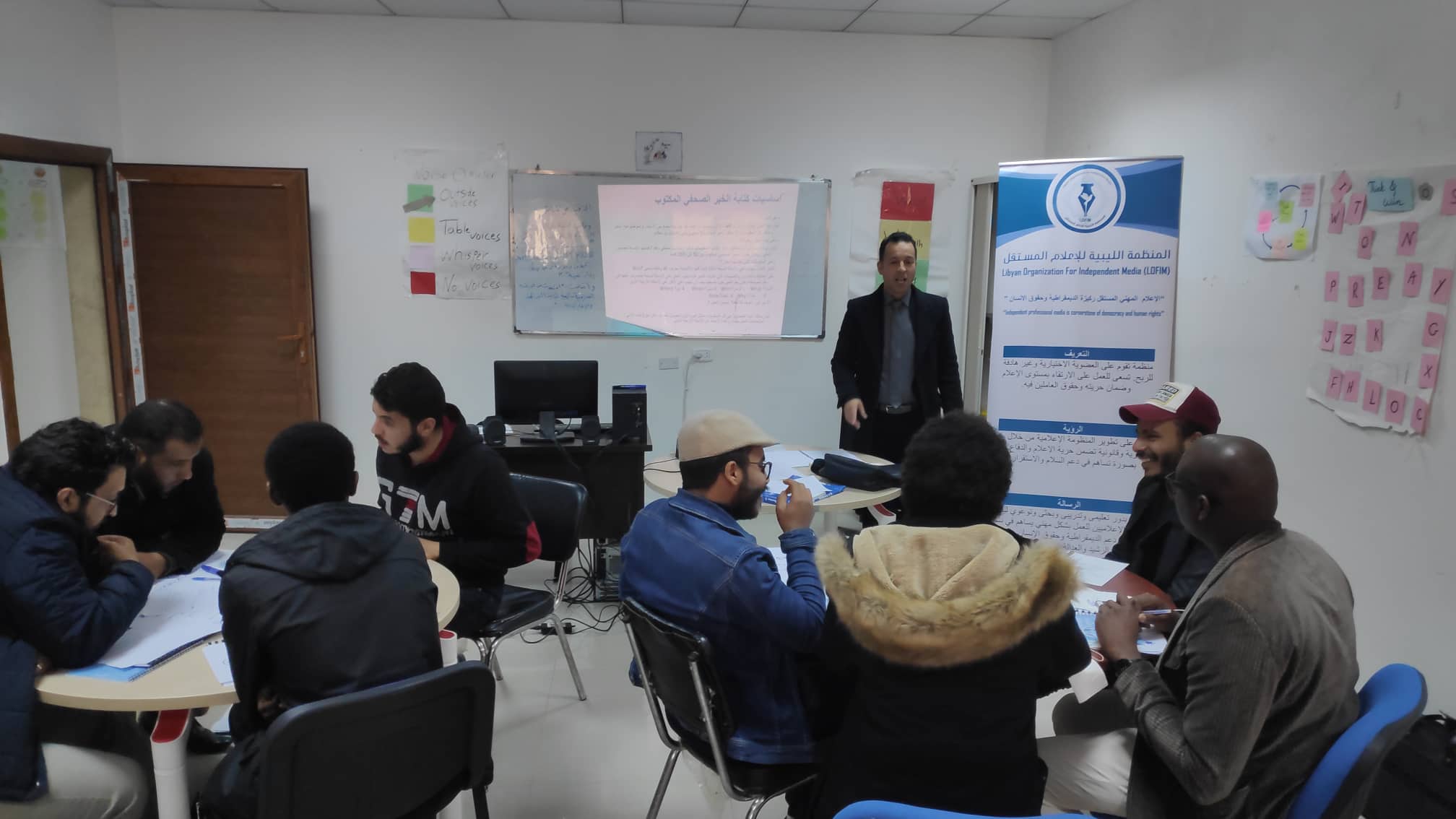 Libyan Organization For Independent Media (LOFIM) organized a workshop titled “ The basic of professional media and its role in combating disinformation and hate speech” on 06-07 March 2019 at AnnokbaTraining Centre in city of Zintan ” 140 Km south west of tripoli “from 09:00 am till 04:00 pm.

The program was attended by 14 participants, 6 of them are media university students from Alrojban University, and others are journalists who came from Zintan, Alrojban, Alrahaibat, cities in Western mountain as well as Alkofra city.

The aim of the training was to equip the participants, who came from different background ,ideology and ethnic groups” Arabs , Tabu and Touareg” ,with tools of professional media that promotes peace, democracy and human rights and to avoid unprofessional media that incites hatred, discrimination and fueling war and conflict.

A Workshop on Information Verification, Detecting and debunking Fake News

Head of LOFIM is selected as a member of the Steering…

LOFIM Issues Its Second Annual Report On Media Freedom In…

The Defects of the electoral advertising Articles in the…