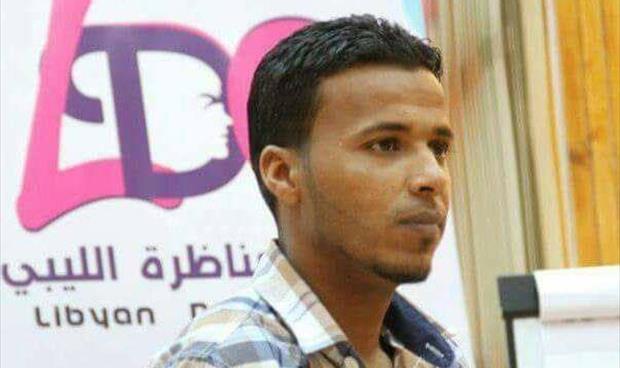 Libyan organization for independent media (LOFIM) expresses its concern about the arrest of the photojournalist and civil activist Mr Ismael Bouzeeiba Al-Zoway by the security authorities in city of Ajdabia and demands his release.

Mr Al-Zoway was arrested on Thursday morning  20th  December 2018 during his media coverage of a ceremony honoring teachers retirees in Ajdabia, according to sources from his family.

Al-Zoway ‘s family said the reason behind his arrest by the city’s security authorities was an accusation of working as a correspondent for Al-Naba’a channel which broadcasts from Istanbul, Turkey.

Al-Zoway ‘s family said “ our son is a photo journalist ,a civil activist , and the chairman of the Libyan Club for Culture and Dialogue, he dedicated his work in documenting sports and cultural reports and activities of his city and publishing it on his own channel on YouTube”.

LOFIM expresses deep regret for his arrest considering it a serious violation of journalists rights and demands the security authorities to release Al-Zoway as his arrest and detention violate the Libyan legal procedures, Law 76 for year 1972, which requires an authorization of media minister and a complaint must be handed to press prosecution at Attorney general office.